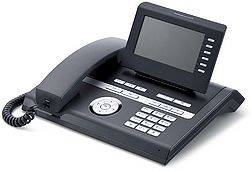 The phone OpenStage 40 is part of the OpenStage phone family. It can be used with SIP or HFA software. The phone is also available as a Gigabit version with a 1000 Mbit Ethernet switch called OpenStage 40 G. OpenStage 40 US is a special edition for the US market. 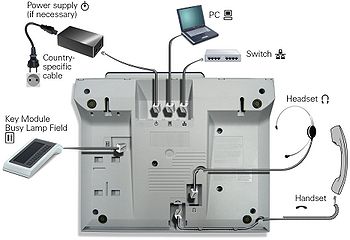 In order to use your OpenStage 40 with the alternative fixed key programming (US configuration) you can use this label. Just print out, cut out and glue it on the phone.