Difference between revisions of "OpenStage 15"

The phone OpenStage 15 is part of the OpenStage phone family. It can be used with SIP or HFA software.

This phone is also available as OpenStage 15 G with a 1000 Mbit Ethernet switch. 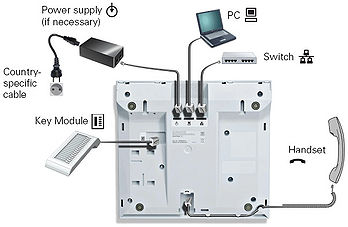 Read more about new or hidden features on the OpenStage 15.