myPortal for Desktop is a Java based client for accessing the unified communication functions of OpenScape Business or OpenScape Office from a Desktop PC. Diffenrent skins are available to meet customer requiremnts regarding look and feel and handling.

myPortal for Desktop SW is part of OpenScape Business / Office SW and bound to the SW version of the communication platform. 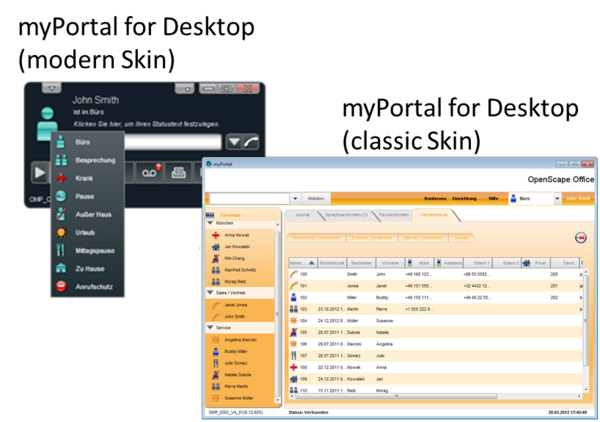 myPortal is a Java based client SW which is installed either on a Microsoft Windows based or an Apple a Mac OS based Desktop PC. myPortal connects to OpenScape Business / Office via Ethernet LAN with TCP/IP protocol.