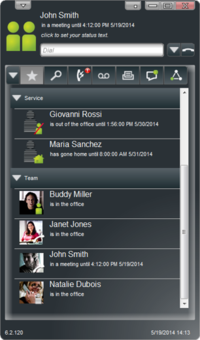 myPortal for Desktopp is part of OpenScape Business.
The system administrator can download the installation files from the Download Center of the communication system and can provide them to the users afterward by appropriate means.