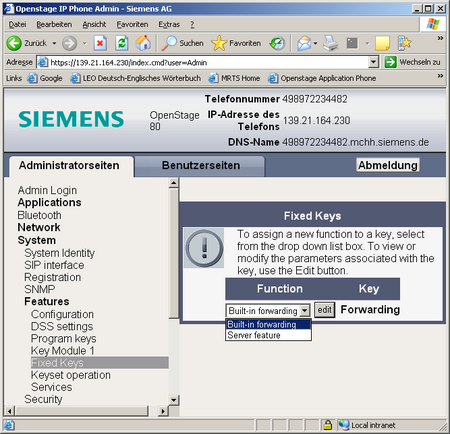 The LED control is done via Dialog event package (RFC 4235), which is the standard Asterisk implemen-tation. The phone will automatically add the configured SIP proxy, if no Domain is given in the URL.

The phone will SUBSRIBE to the given URL. The LED can be controlled over subsequent NOTIFYs.